Duncan & Son Lines, Inc. has been a family owned and operated company since its founding in 1943. This has affected every aspect of our culture and history. We take care of our team as if they are a part of our family. 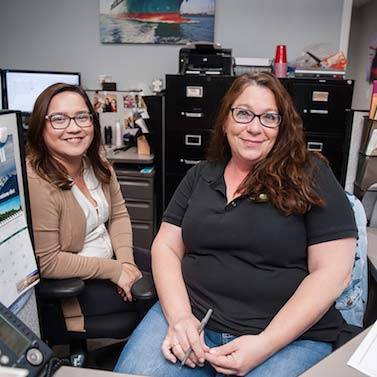 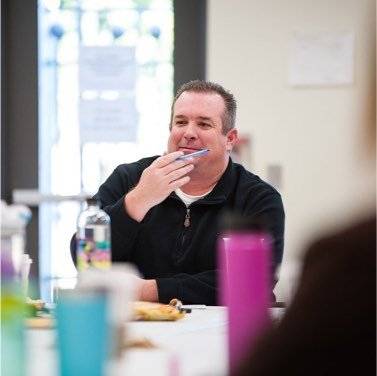 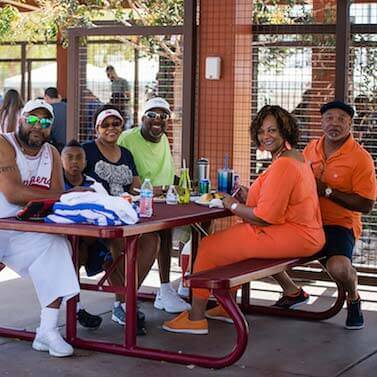 If being in this business for over 75 years has taught us anything, it is that the truck driving life is like no other. We have worked hard to create a work culture that both celebrates the American truck driver and incorporates the comfort of a family-like environment.

This unique perspective on running a trucking company is part of the reason why we emphasize our intermodal division. We are able to offer our drivers consistent and rewarding work while remaining close to their families and homes. Similarly, we try to ensure that everyone gets regular downtime to spend with his or her loved ones. At Duncan & Son Lines, Inc., it is possible to have both a rewarding career and a great home life.

Trucking for Four Generations: It Started Back in 1943

Duncan and Son Line, Inc, was established in 1943 by Richard “Blaine” Sr. and Iris Duncan (1st generation). Each drove a truck during WWII. After the war, Blaine and Iris grew the business to nearly 100 trucks hauling mostly for agriculture, heavy machinery, and mining, all intrastate Arizona. In addition to trucking, Duncan and Son Line, Inc. was also an International Harvester Dealer selling trucks, pickups, and scouts to local farmers and residents. Richard Duncan, the 2nd generation to run Duncan, always told the story that he got into trucking at a young age as he would sleep on the floorboard of his mom’s truck (Iris) as she made local deliveries.

Richard “Blaine” Jr. (2nd generation) and Marjorie Duncan continued to run the business through the 1970s, operating as an intrastate regulated trucking firm. Deregulation of trucking loomed, and that was a major threat to the viability of Duncan and Son. This is where Rick Duncan (3rd generation) comes in. Like his father, he started his career in trucking at a young age. He worked for a Chevron asphalt trucker while attending the University of Arizona in Tucson. Immediately after graduating from the U of A, Rick started working for Duncan and Son. His first assignment was to testify at hearings around the state to help keep trucking a regulated commerce. Although he was coached very well by the late Dick Minna, politics prevailed and trucking was deregulated.

Following deregulation, it was a tough time for trucking companies. Most of the pre-deregulation companies closed as the competition was quite fierce. Fortunately, Richard and Marjorie had the foresight to diversify. In addition to running their now small trucking company, they started building log cabins and had several rental properties throughout the West Valley.

During the early 1980s, Duncan was approached by its long-time cotton customers and was asked to start hauling cotton in ocean containers to the ports. Prior to this, Duncan and Son had been trucking cotton from the gins to the compresses and then to rail spurs where it was railed to ports and mills throughout the U.S. This was the start of Duncan getting into international ocean container drayage. Rick took over from his parents in the early 1990s as the 3rd generation to run Duncan. He transformed the business into what is it today, hauling containers for nearly all the major ocean carriers and big-box retailers.

David and Blaine Duncan (4th Generation) also got an early start into the business. All the drivers knew which window on the company house was their room, and during the night they would knock on the window to alert the young boys to come out and provide them the paperwork they needed. Rick started to steadily grow the business in the early 2000s. David followed his father’s lead and has Duncan running more than 250 trucks, 1500+ private chassis fleet, and additional capacity in the form of 150+ power-only independent carriers. Blaine Duncan has also followed the lead of prior generations who diversified their family business. He is now running the family’s used truck and equipment dealership.

In 2019, Duncan and Son Line, Inc. celebrates its 76th anniversary. The entire family is happy that they have been able to survive through four (going on five) generations. They are thankful for the groundwork and the foundation laid down by prior generations. They are just as thankful for the many dedicated drivers and employees that have chosen to be part of the Duncan family themselves. They believe that without these world-class professionals, the continued success of Duncan wouldn’t be possible.

Commitment to Our Team and Community

We are dedicated to the safety and success of our family, team, and community. Safety is one of our top concerns. We are always looking for ways to better ensure the safety of our employees, company, customers, and the general public.

Giving back to the community is also a high priority for Duncan & Son Lines. Community service initiatives help us to not only support the Phoenix area but also to bring our team and those around us closer together.

Best Trucking Companies to Work for in 2018

Our commitment to fostering a positive work culture has paid off in many ways. It has earned us the acknowledgment of many groups in the industry as one of the best companies to work for in 2018. Some organizations to recently recognize us include the Arizona Trucking Association and the Evergreen Awards.

We are also proud to have recently celebrated our 75th anniversary. This longevity is a testament to the capabilities of our team members and our dedication to empowering those employees to be the best they can be.

A Culture of Shared Success in CDL Trucking

Our work culture, in which everyone is treated like family and our top priorities of communication and safety, was no accident. We made a clear decision to foster this environment. We have also made plans to continue to expand upon this culture into the future. Our family and team are dedicated to continuing to make Duncan & Son Lines, Inc. the best trucking company to work for. Starting with our executive team and extending to our drivers, we want everyone to benefit from and contribute to our company culture.

INVESTMENT IN SAFETY IS OUR NUMBER ONE CORE VALUE

IT IS A PLAN

IT IS A DECISION

IT IS A COMMITMENT

WE MAKE THIS COMMITMENT TO OUR DRIVERS!

Become part of our CDL Class A truck driving family and join the Duncan team today!